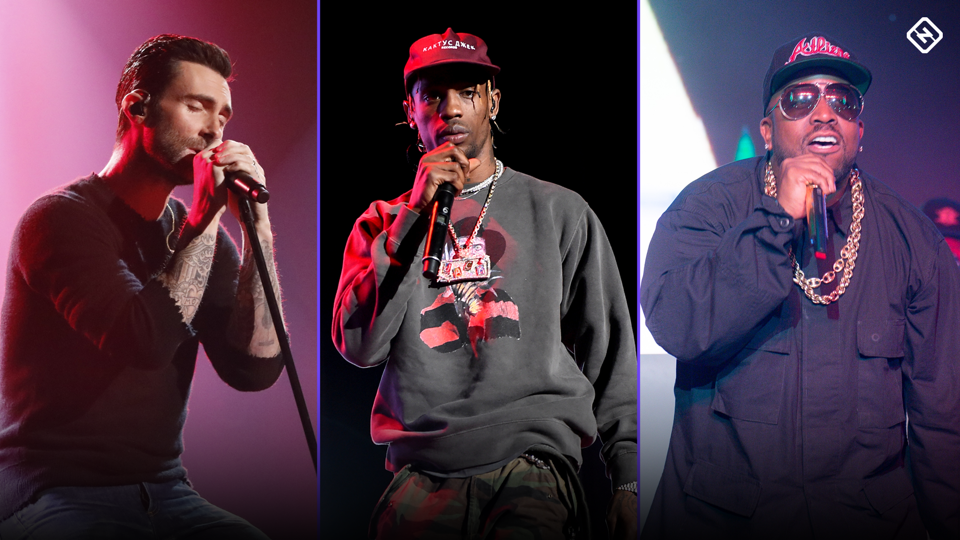 The 2019 Superbowl performers have been chosen and I don’t know who’s more unhappy the fans or the artists. For the last month, we have heard plenty of rumors of who would be performing at this year’s halftime show. Artists as recognizable as Cardi B, Pink, and Rihanna were all on the short list of acts the NFL was considering. But after months of speculation, the NFL released last week that Maroon 5 and Travis Scott were so far the confirmed guests for this year’s show. Next months game is set in Atlanta, Georgia which is known for its historic musical ties to hip hop, r&b and rap. So with a plethora of local talent from the state why don’t they have acts to match? This wasn’t the only issue though, with heat rising between the NFL and Kaepernick, artists and fans quickly took the former quarterbacks side disregarding the NFL completely. Fans immediately took to the internet causing somewhat of a media frenzy and making harsh criticisms towards the NFL’s picks. They even went as far as to petition the acts, raising about 90,000 signatures in a matter of days.

The first act that was confirmed was Maroon 5 but with artists like Rihanna and Cardi B declining the invite to perform out of solidarity to Kaepernick, the NFL was clearly having a hard time locking in performers. This slowly became an issue for the league, as time passed and they still could not find anyone to perform alongside the pop-rock group. Travis Scott who did not accept the offer right away met with Kaepernick and got the facts before making a counteroffer with the NFL. His offer was he would perform if the NFL donated $500,000 to a social justice organization called Dream Corps. He told fans,

“I back anyone who takes a stand for what they believe in. I know being an artist that it’s in my power to inspire. So before confirming the Super Bowl Halftime performance, I made sure to partner with the NFL on this important donation. I am proud to support Dream Corps and the work they do that will hopefully inspire and promote change.” As soon as the donation was in the Dream Corps account Travis was officially tied to his contract.

When news was announced that Scott was officially locked into the performance, disapproval ensued between residents of the state and the league. With talent like Outcast, Migos, and Lil John bred from ATL why didn’t the NFL pick an artist that represents the deep musical roots of the state. Immediately in an attempt to offset criticism, the league added Big Boi, an Atlanta native and rapper from the group Outkast. This was definitely a good decision on their part as Big Boi calmed the nerves of fans and seemed to still the media frenzy. With all the controversy between the artists, the uprise of bad press and the fact that no one even gets paid for their performances, I’m honestly surprised anyone is going near this year’s stage at all.

For those of you that don’t know artists do not get paid to perform the halftime show, all the money goes into the set and production costs. For example, Katy Perry’s performance a few years ago cost upwards of 10 million dollars( the league actually asked her to pay some of the costs for the show out of pocket, which she refused)  while Beyoncé’s halftime show cost around $600,000. The purpose of the show is not to be paid but to gain exposure for the artists, who will usually see a spike in sales and endorsements following their acts. So I guess my question is if half the viewers hate you for performing and all you’re getting is negative publicity geared towards your brand how is this enhancing any artists career? With every performer facing some level of backlash, I have a feeling this year’s biggest stage is set to hold some serious anguish and maybe even a few “knees”.