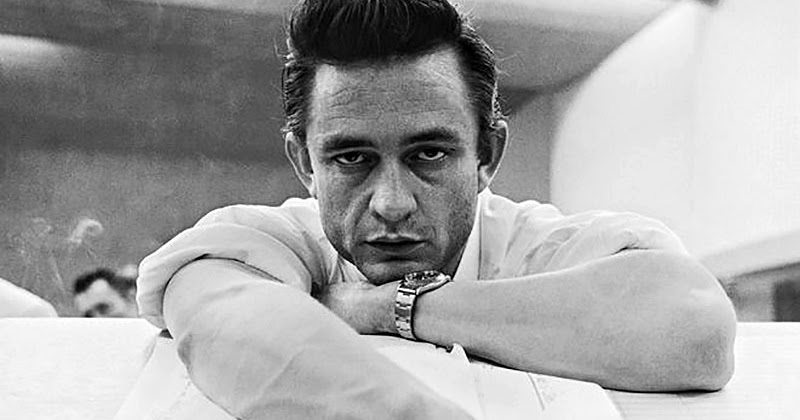 Happy Birthday Johnny Cash today the singer-songwriter would be 71 years old. Writing his own songs at the age of 12 he was one of country music’s biggest stars of the ’50s and ’60s. He was a self-taught musician learning how to play the guitar while enlisted in the air force. Johnny considered himself a gospel singer, trying to find gigs and working for free on the local radio. After being turned down as a gospel singer he was told to go more commercial which lead to his first single “Hey Porter” and then to his second, none other than “Walk the Line”. Johnny created his own subgenre in music, falling halfway between the blunt emotional honesty of folk, the rebelliousness of rock & roll, and the whiskey spitting attitude of country. Being known for his deep calming baritone voice, Johnny cultivated an outlaw image for himself by always wearing black and playing multiple prison concerts for its inhabitants. One of my personal favorites by Johnny was “Folsom prison blues” back in 1955. Hearing his unusually deep bass filled voice sing the lines “but I shot a man in Reno, just to watch him die, when I hear that whistle blowing I hang my head and cry” actually resonates inside of my soul. Johnny Cash has a name that is instantly recognizable throughout the western world. He released 96 total albums between 1954-2003. The man had a career that spanned over six decades! With over 90 million albums sold worldwide, it’s easy to see why Johnny is still to this day one of the best selling music artists of all time!!